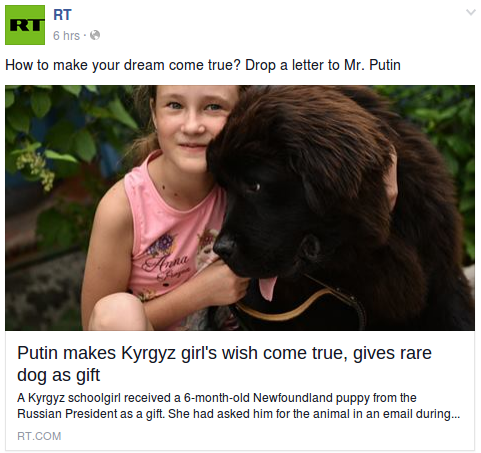 BoingBoing Is An Example of Terrible Clickbait Journalism

boingboing.net is just horrible and a perfect example of terrible ‘journalism’, especially recently. When I saw they ran a Tor exit node I thought they were pretty cool, but I slowly learned that boingboing releases nothing but sensationalistic clickbait articles about feminism (the nazi version), race (the racist kind) and cutesy little articles with animals. The ones with serious titles have hardly any content and always link to a “source”, they don’t even write their own articles they basically just get their material from 3rd parties, sum it up and slap it on their site. There was 3 articles that specifically triggered me to write this post;

In the first article boingboing basically states that it’s ‘racist’ not to put people of color in games. How is this even a problem? They point out that the game Witcher 3 didn’t add people of color to the game like that is some kind of crime even though Witcher 3 is supposed to be based on eastern Europe centuries ago with a lot of fantasy added in. They only reference one other game that is supposedly racist for following the same all white trend. A lot of great RPG games like The Elder Scrolls and Fallout have various races and people of all colors included in them. Why is that such a big deal? I never even thought of race in a video game being a big deal and I fail to see how that having all of any skin color is a problem. Now if a game had all black people in it boingboing wouldn’t have one damn problem. Why? Because they’re hypocrites and that isn’t racist, but having all white people is…

The next article… Well the title kind of explains what the whole article is about… Boingboing is mad that people use the term “all lives matter” because that is “stupid” and when “black lives matter” it is not. So with a title like that is boingboing saying that all lives really don’t matter, but black lives matter the most? Maybe boingboing wants people like me to be mad? I don’t even know.

Ah… The final article! Well let’s just say boingboing writers just picked out movies with white people playing the major roles and edited them down to people of color speaking. Huh all these movies must be racist huh? No… There are so many movies with the main roles being played by non-white people. Boingboing just decided to ignore those and release this clickbait article complaining that not every movie includes non-white people in major roles 🙁 so sad and racist isn’t it?

But really, shit like this is just a pathetic way of getting people to click their articles. Boingboing will look at every aspect of our world and point out something that rational people would see as fine is actually racist. Is there really anything more to say about how terrible boingboing is?

Libertarians Were Right All Along!

It’s true, people would really call Libertarians radical or crazy for their beliefs. Well, we were right about how government is too powerful even before people were really thinking about NSA surveillance. Look at the new Intercept revelations on XKEYSCORE: firstlook.org/theintercept/2015/07/02/look-under-hood-xkeyscore/

I also love how Adrian Wyllie put it 🙂 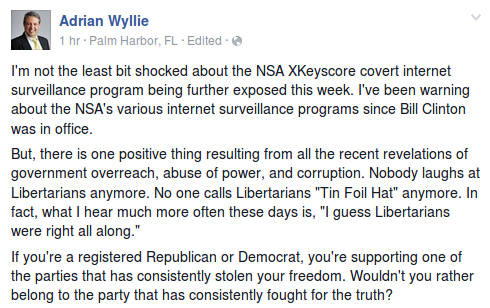